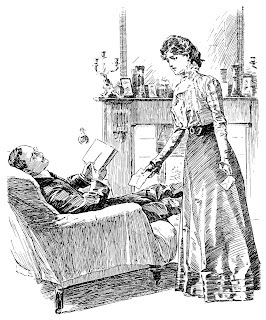 Welcome to Book Trout, the blog for Old Saratoga Books, a used and rare bookshop owned by Rachel and Dan Jagareski. We are located on the Hudson River in the historic village of Schuylerville, New York. About 250 years ago, Schuylerville was the focus of world attention because of the British surrender of arms in 1777 after the Battle of Saratoga. This was the first major victory for the American Revolutionary Army and is referred to in many sources as the Turning Point of the Revolution.

The most authoritative and engagingly-written history of the Battle of Saratoga is Richard Ketchum's "Saratoga: Turning Point of America's Revolutionary War" (NY: Henry Holt, 1997). Mr. Ketchum was kind enough to do a book signing for us in 1997, our second year in business, and he was as witty, kind and interesting in person as he is on paper.

What is a Book Trout, you ask? Well, the Brook Trout (added r) is the only trout native to the Adirondacks and is a spectacularly beautiful and tasty little fish. A Book Trout (no added r) contains book musings, book reviews, information about events, sales and specials at our store declarations of book passion, and other biblio-tidbits which are hopefully as beautiful and tasty to all you bibliophages out there. The additional bonus of multiple fish puns and logo opportunities beckons as well.
Posted by Rachel at 9:15 AM

Email ThisBlogThis!Share to TwitterShare to FacebookShare to Pinterest
Labels: Bookstores

Saratoga- that would be the battle lost by British bon-vivant General "Gentleman Johnny" Burgoyne, wouldn't it? Good dancer - bad general. That was good for us of course.

This is a very good looking blog, Congratulations!

Yes, Gentleman Johnny was the stylish losing General in this battle, although, as you quite rightly point out, he was a superior dancer to any of the American military leaders, barring Benedict Arnold, who gave him a run for his money until he left his leg on this particular battlefield. We have an obelisk monument here in town which does not include all of Arnold on its sculptured sides because of his later defection to the British side. However, in recognition of his heroism at Saratoga, the part of the leg he lost in the fray is given some monument space.