Guilty Pleasures of the Used and Rare Bookseller


I cultivate a certain professional persona as a seller of used and rare books. In the nineteen years since opening our bookshop, my husband Dan and I have sought to continually improve our inventory, book knowledge, and the atmosphere at our store. We don't go around in tweedy jackets but we keep up a certain quiet, cultured ambiance at the store. I endeavor to represent this venerable trade in a respectable, professional manner, and am certainly more staid at Old Saratoga Books than I am in my off-hours when I can let my proverbial hair down.

Booksellers are the guardians and purveyors of our collective wisdom and culture and there's a certain erudition, gentility, and even snobbishness that goes along with that. I and my colleagues need to be well and widely read and give off a whiff of civilization along with our books. But not everything we do is so refined or reeks of high culture and we are not all brushing up on our Latin or contemplating the bust of Homer in our off-hours. 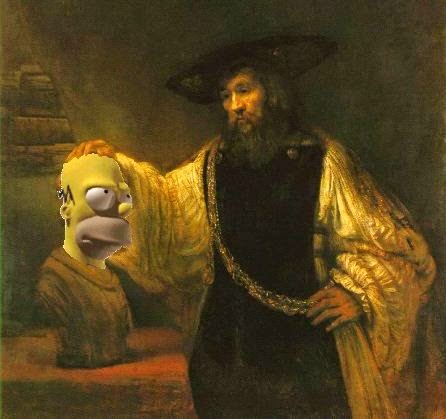 Allow me to part the curtain.

While I do enjoy classic and literary fiction, books about books, history and science titles, bookseller memoirs and serious biographies about serious people, not all of what I read is so rarefied. There are my decidedly unrefined reads and other guilty pleasures that I now reveal to you all:

I shamelessly used my daughters so I could read the Harry Potter books aloud to them when they were young and used them as human shields so I could revel at a midnight book release party for The Deathly Hallows. I gobble down murder mysteries and the ribald antics of the cowardly, philandering hero of George MacDonald Fraser's Flashman series. I like collections of Zippy the Pinhead comics. I furtively read Dav Pilkey's Captain Underpants books when I am straightening the juvenile section.  I like Dickens and Twain, Robertson Davies and Michael Ondaatje, but count Katharine Dunn's Geek Love and James Hamilton-Patterson's Cooking with Fernet Branca among my favorite novels.  I love reading Jane Austen, but find equal pleasure in Stephanie Barron's mystery series featuring the writer as sleuth. 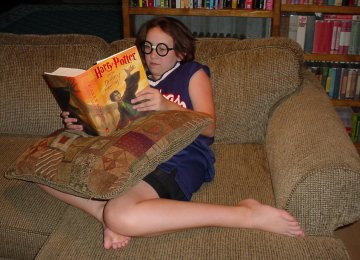 More dirt: I play a lot of elegant, refined music in the shop that doesn't disrupt browsing. Classical, jazz, acoustic blues, and some world music impart the right bookstore atmosphere. There are a couple of CDs at the ready of Screamin' Jay Hawkins and Native American War Chants for when I want to drive certain solo time wasters from the premises. However, when the doors close and it's just me and Sam the cat, you might hear Motown with the bass turned way, way up; Michael McDonald or Hall and Oates belting out some 80's fluff pop; or some more contemporary booty-shaker propelling me around the shop during the closing routine. 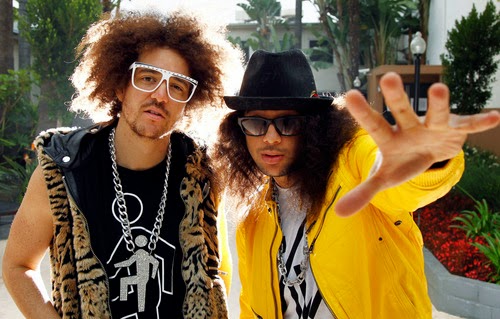 But wait. It gets worse. When I am not home snuggling up with a good (or awfully unserious) book, I might have the television on, and--- hold onto the lapels of your smoking jacket--- it's not all public television. I enjoy a good sweeping costume drama or cerebral British detective show, but I hereby admit to some other terribly trashy viewing. I find the Trailer Park Boys amusing. I like watching the Yankees clobber the Red Sox. I binged with my daughter through hot sleepless nights last summer viewing Don Draper's stop and start meltdown on Mad Men. The other kid got me hooked on watching Jackson Galaxy (surely not his given name) tame errant felines on episodes of My Cat From Hell. If there's a whoopee cushion, fart joke, silly walks or an extended series of bad puns in a comedy sketch, that would be me guffawing like a lovesick elk in the background. 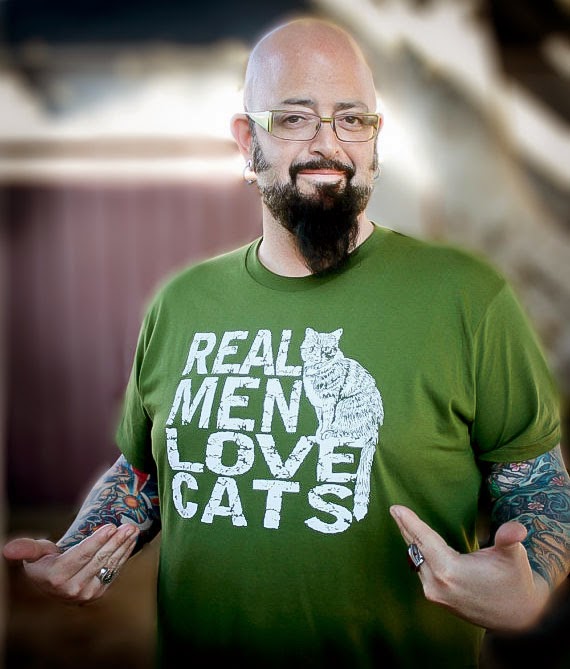 I polled a few of my bookselling buddies to see what their guilty pleasures are. They were very gallant to divulge this information along with me. Nothing beats the cathartic thrill of airing your hidden unrefined habits...unless it's the thrill of seeing what your buddies are up to when they are not in the public eye.


For Charles Schmieg of Black Paw Books in Massachusetts there's a sensory trifecta involving the auditory, visual and gustatory realms:


"The first guilty pleasure that comes to mind is my taste in music. Being introverted as a child, I spent many hours reading in my room and listening to my clock radio. That experience has left me with a lifelong nostalgia for seventies pop (“yacht rock”). If I worry about losing my iPhone, it is that someone will someone will discover my Spotify playlists--Kenny Loggins, Doobie Brothers, Little River Band, and more than a little disco.

Being a teenager in the eighties has also left its mark. I still have a soft spot for the movie “Red Dawn” (the original 1984 movie, not the 2012 remake). Perhaps it has something to do with growing up in New Hampshire during the Cold War, but I’m always up for watching a bunch of high school kids take on the Soviet Army. (Wolverines!).

My taste in food also has its low points: scrapple, pork rinds, Chicken in a Biskit crackers, White Castle hamburgers. Every Thanksgiving my mother makes a lime jello salad with cream cheese, walnuts, and canned pineapple (“Kermit Salad”). It is my favorite thing on the menu, even if I pretend otherwise.

Upshot is, heaven for me might be being holed up in the mountains with Patrick Swayze, Jennifer Grey, and Charlie Sheen, eating pork rinds and listening to Steely Dan. Of course I would never admit this."

I am joined in admiration for the fictional adventures of the boy with the lightning bolt scar by Megan Bell of Underground Books in Carrollton, Georgia:


"Well I'm a massive Harry Potter fan and ugly-sobbed with excitement when I found out I was going to Harry Potter world. I have dressed as a Ravenclaw on multiple occasions. I like YA fantasy. I also listen to terribly embarrassing pop music when I'm cataloging alone." 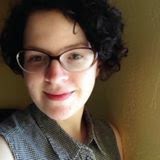 John Hess of Catamount Books in Arlington, Vermont likes what he calls "spoof" books, like Little Me, Cards as Weapons and this instructional example: 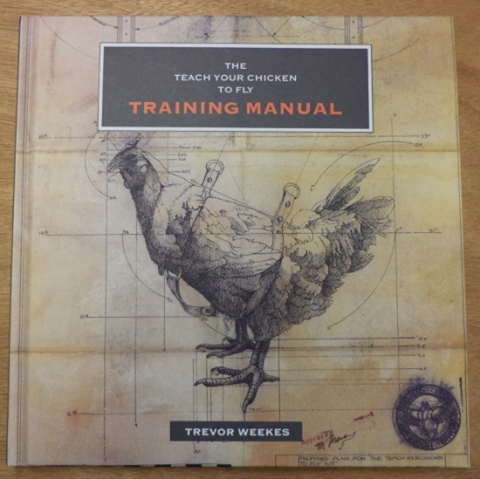 
"Well, I suppose my confession is that I am a "high brow" bookseller by day and a consumed super geek by night. I read several comic titles religiously, attend comic book conventions (probably more than I do book fairs) and have been know to dress as a Wookie on the rare occasion. Further, I spend at least two nights a week playing role playing games and in addition to a few odd books, have hundreds of Dungeons and Dragons and Warhammer miniatures filling my bookcases at home." 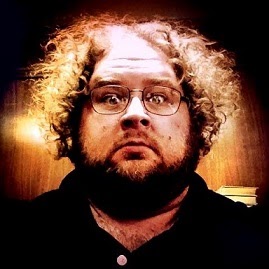 Here's the reply from Donna Howard of The Eloquent Page bookstore in St. Albans, Vermont (Donna's also the Fair Manager for the upcoming VABA Spring Book Fair in Burlington, VT on April 19):


"My guilty pleasure is putting out one of my stash of favorite children's books and rereading it yet again - Cherry Ames, Where the Wild Things Are, Winnie the Pooh, the Five Little Peppers series, the Miss Bianca series, the Chronicles of Prydain, Tom Swift, Chronicles of Narnia, Asterix  - I love them all." 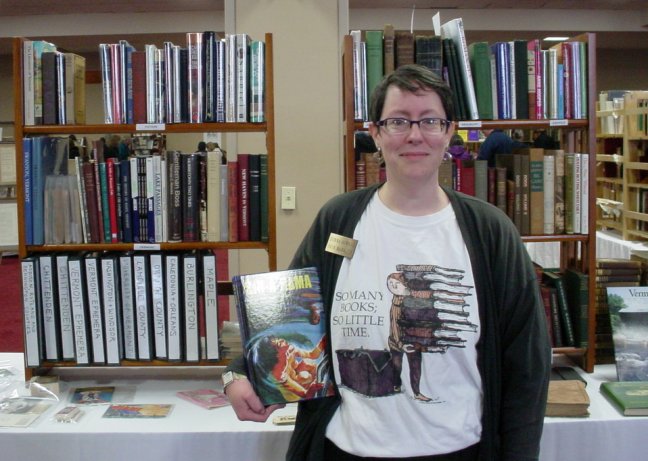 I hope you all have enjoyed this walk on the wild side of antiquarian bookdom, though I must say that I'm a bit disappointed that no one revealed any felonious behaviors or truly bizarre hobbies like hamster taxidermy. But I thank all of my book friends for gamely baring their unserious sides to us all and I think rather more highly of them, not less, for it.

So, what's your guilty pleasure?
Posted by Rachel at 10:38 AM

Oh, the stories I could tell -- but won't -- about hamster taxidermy. Sigh.